Specialist Training > Europe on the Move – Changes in Transport Law

Europe on the Move – Changes in Transport Law 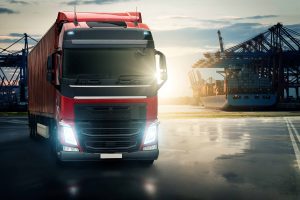 The transport sector is already highly regulated and it is looking like there are further changes on the horizon with the proposed ‘Europe on the Move’ transport laws.

According to the European Commission, ‘Europe on the Move’ is a wide-ranging  set of initiatives that will make traffic safer; encourage smart road charging; reduce CO2 emissions, air pollution and congestion; cut red-tape for businesses; fight illicit employment and ensure proper conditions and rest times for workers. The long-term benefits of these measures will extend far beyond the transport sector by promoting growth and job creation, strengthening social fairness, widening consumers’ choices and firmly putting Europe on the path towards zero emissions.

The European Commission have published a proposal of the new transport laws which according to the RHA & FTA are likely to affect the UK even after Brexit and transport companies  should be looking to prepare for the proposals.

The proposals include the following headings:

A greater understanding of the changes  proposed  can be viewed by clicking the link https://ec.europa.eu/transport/modes/road/news/2017-05-31-europe-on-the-move_en